go to charteredaccountantsANZ.com
difference makers
|
accounting professional of the future

Accounting Professional of the Future

Services of the Future

Communities of the Future

Practice of the Future

From finance to fashion, THE ICONIC’s COO Anna Lee CA has shown she is the master of reinvention.

When Anna Lee CA, chief operating officer of online fashion store THE ICONIC, was studying for her chartered accountant designation in the mid-’90s, online shopping didn’t exist.“A lot of people actually ask me, ‘Was this a dream to be working for online fashion?’ And I just have to laugh because smartphones weren’t even invented when I was studying,” she says.

“I think that speaks to how fast technology changes and how much you should do something that keeps as many options open as possible.

“If that much has changed in 20 years, imagine how much more change could happen in the next 20 years.”

What sales go up during a pandemic?

In April, as the darkest days of the COVID-19 shutdown kept most Australians and all New Zealanders indoors, retail sales in Australia slumped 17.9%. It was a monthly collapse worse than the 10.6% fall in July 2000, which followed the introduction of the GST in Australia.

While the food retailing industry was the main cause of this decline, the news didn’t bode well for fashion retail either. But for some retailers the news was less gloomy.

The global growth of ecommerce – and terms such as ‘add to basket’, ‘save to wish list’ and ‘click for free shipping’ – is something Australians and New Zealanders can count themselves partly responsible for: our physical distance from popular overseas shopping hubs saw us become early adopters of click to purchase.

That trend continued once COVID-19 hit our shores. When non-essential bricks-and-mortar retail stores closed their doors (Myer, Uniqlo, Kmart Dunedin, H&J Smith) online trade soared 16.2%, according to NAB – or more than 26% month on month (and 76% year on year in April) according to Australian Bureau of Statistics data.

The shrewd ones not only stepped up to deal with demand, they introduced stock that appealed to the moment: loungewear, pyjamas, ugg boots.

THE ICONIC’s 13 million visitors a month – usually enamoured by the site’s workwear and party dresses – followed. Chief executive officer Erica Berchtold told The Australian Financial Review in June that sales of loungewear had risen 156%, sleepwear 193% and sportswear and sneakers more than 100% during lockdown. Not bad for a company whose revenue, according to documents lodged with the Australian Securities and Investments Commission (ASIC), surged 38% to A$370.5 million in 2018.

For Lee, whose mantra is “Be where your customers are and be there better than anyone else”, the sudden change to the market meant launching new categories for the brand.

It introduced a #StayHome tab on its website where customers could easily find sweats, hoodies and slippers – and another for working-from-home footwear (think pretty much anything other than stilettos). It also accelerated the launch of its beauty and wellness offering, THE ICONIC Beauty, as well as discounted clothing site THE ICONIC Outlet.

“This type of environment has changed everyone,” Lee says. “I think we’d be lying if we said, ‘Oh, it’ll just be business as usual.’ We definitely see this as an opportunity for customers naturally to skew towards online shopping. And we do definitely feel we’re in a good spot.”

How THE ICONIC fulfils orders in 10 minutes

In late March during Australia’s first lockdowns, more than 400 of the company’s office-based workforce had been asked to work from home. “You have to really emphasise the focus on safety of your people first and foremost,” she says.

As an ecommerce business, tech underpins everything from the customer base to the online experience and the 46,000sqm fulfilment centre (the largest in Australia), where THE ICONIC’s automated storage and retrieval system is located.

The company introduced automation in 2018 as a way to scale and increase capacity – it can now fulfil orders within 10 minutes.

“Delivery, for us, has been a really strong service point that our customers have responded really well to and it continues to be one of our most important offerings,” Lee says.

“Actually, our record is eight minutes from the time that someone completes the order on site to when it’s actually packed and on the conveyor belt out to our courier partner. It’s pretty impressive ... that’s probably the fastest of any ecommerce fashion player in Australia.”

THE ICONIC is famous for execution with speed. The quickest delivery time for parcels in Sydney metropolitan areas is three hours – fulfilling the needs of customers who want an outfit for an impromptu night out or “because they spilled coffee on their shirt. Some people just like to have the surety of when they’re going to receive it; our customers, being generally quite young, tend to have this immediacy and instant gratification need.”

When it comes to dealing with something as big as a global pandemic or a devastating Australian bushfire season, Lee’s attitude is the same.

“That’s where, as a business, you need to think about what is really important. [During the bushfires] we were working in an environment where, obviously, people weren’t necessarily thinking about going shopping. We were seeing homes lost, and it was pretty intense, but we kind of approached it in a way that was all about how we could help people in Australia in the short term and the long term.”

THE ICONIC shot its recent campaigns in affected communities to bring awareness to those places and, knowing that a lot of charities were being overwhelmed with physical donations, opened up its fulfilment centre in Sydney to store excess items.

How THE ICONIC gives back to the community

“We have progressively distributed those items, helping a number of charity organisations and donating more than 7,000 items,” says Lee, adding that the company also helped provide essential apparel and footwear to people directly impacted by the fires.

“We heard stories about people who literally ran out of their house with [what] they were wearing. Being able to look at what our strengths are, and what we are good at, and how we can give back to the community has been incredibly important.

“It’s easy to write a cheque and say, ‘Oh look, we care about people.’ But, actually, I think our response was over and above; it was really thoughtful. And that’s how we want to give back. And I think it’s the way we always deal with challenges.”

Sustainable fashion is another way the brand has demonstrated awareness of its customers’ mindset. Research by fellow online shopping hub Love the Sales shows 90% of Australian and 87% of New Zealand consumers are concerned about making sustainable choices and, in late May, THE ICONIC announced it was switching to delivery satchels made from 100% recycled plastic.

“It is a real mindset of being adaptable and fast to react and to trust your own instinct.” 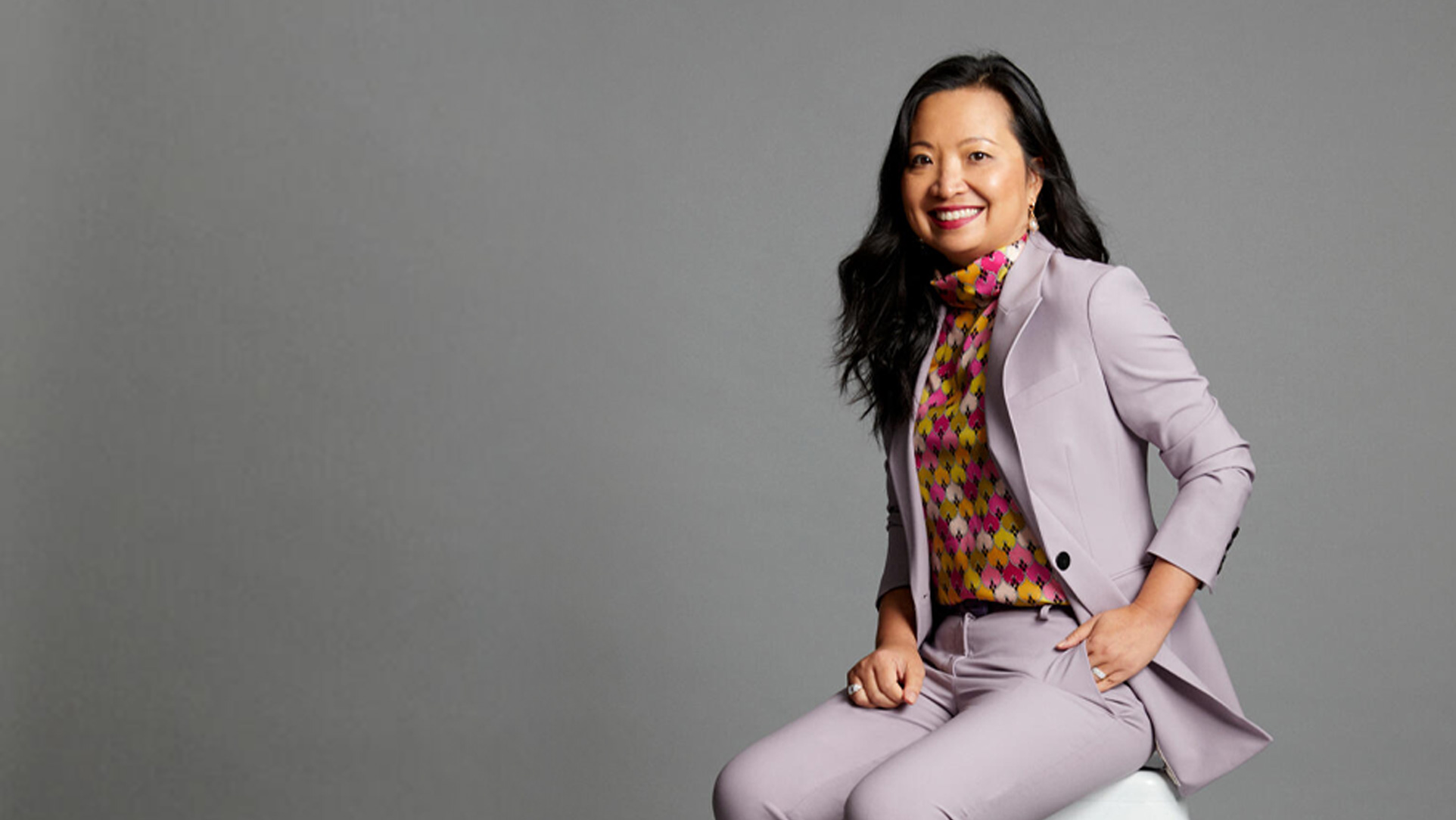 Anna Lee’s path to a startup

Lee began her career at Big Four firm PwC, accepted into the undergraduate traineeship program at what was then Coopers & Lybrand. The natural progression was to become a chartered accountant. “There is something extra that people saw in that qualification, which was around having discipline, having a really strong code of ethics … and also just a sense of trust.”

She worked there from 1994 to 2000 and, deciding not to pursue what would have been an obvious career path to partnership for her, she took a position as finance director of outdoor advertising company Adshel. Next she went to Groupon Australia & New Zealand, took a career sabbatical at the National Online Retailers Association (now called NORA Network), then moved to THE ICONIC as chief financial officer. “I haven’t had to wear a suit for many, many years now,” she quips.

This was despite recruiters calling to warn her about joining a startup.

It would appear she likes a challenge.

“I feel like I’m drawn to progressive companies or those that are pioneering certain things in the industry, because you’re really making a big impact on how people do things. How will they shop? How do they behave? That’s super rewarding to me. And I don’t really like environments that are quite slow to act or perhaps constrained by bureaucracy.”

Three years ago she moved into the COO role.

“It was pretty scary because I’ve had a career in finance for more than 20 years and that was something I knew through and through. You’re thinking, ‘Is this going to be the right thing? What if it doesn’t work out?’

“I knew in the back of my mind that I probably wasn’t going to grow as much if I stayed in the same role, compared to if I was doing something new.”

As COO, Lee is in the engine room of the business: problem solving, dealing with processes and systems, connecting with customers. She relishes working with a diverse group of people. “That’s been a really interesting part of how my job has changed since I was in finance.”

Back when it was normal to go to the office five days a week, if Lee didn’t have any external meetings, she’d often don activewear. Part of her mantra for herself and the 600 staff she manages is “being able to express who you really are at work”.

“I think in finance you do tend to work with the same skill set; everyone thinks very similarly in the numbers space. And everyone is in the same sort of technical qualification world. When you go into operating, it’s really such a mix of different people with different experiences, different backgrounds … I’ve learnt so much from working with them. And that’s something I don’t think I could have got if I stayed in pure finance.”

“The CA background is one that really trains you to be objective. Always make sure the information that’s being prepared or the insights you’re sharing are as free of bias as possible. I think that type of training just means it’s easier to know what the right judgement or right decision should be.

“It’s incredibly important to make sure you are transparent with everyone you’re dealing with. When we talk about transparency, it’s not just about information and facts and so on, but humility. Where you might not know the answer or where you might need to admit that ‘Actually, we’re going through a pretty tough time and we don’t really know what the exact answers are,’ be brave enough and have the courage to say that. I think people really appreciate that because it makes them feel you are human and relatable.

“There will be times where you will have conflicting priorities or you’re pulled in many directions. The ability to be able to look through complex situations, balance and juggle all those different priorities and make the right decision in the most ethical way – and a way that has the most integrity – is something people look for in leadership.” 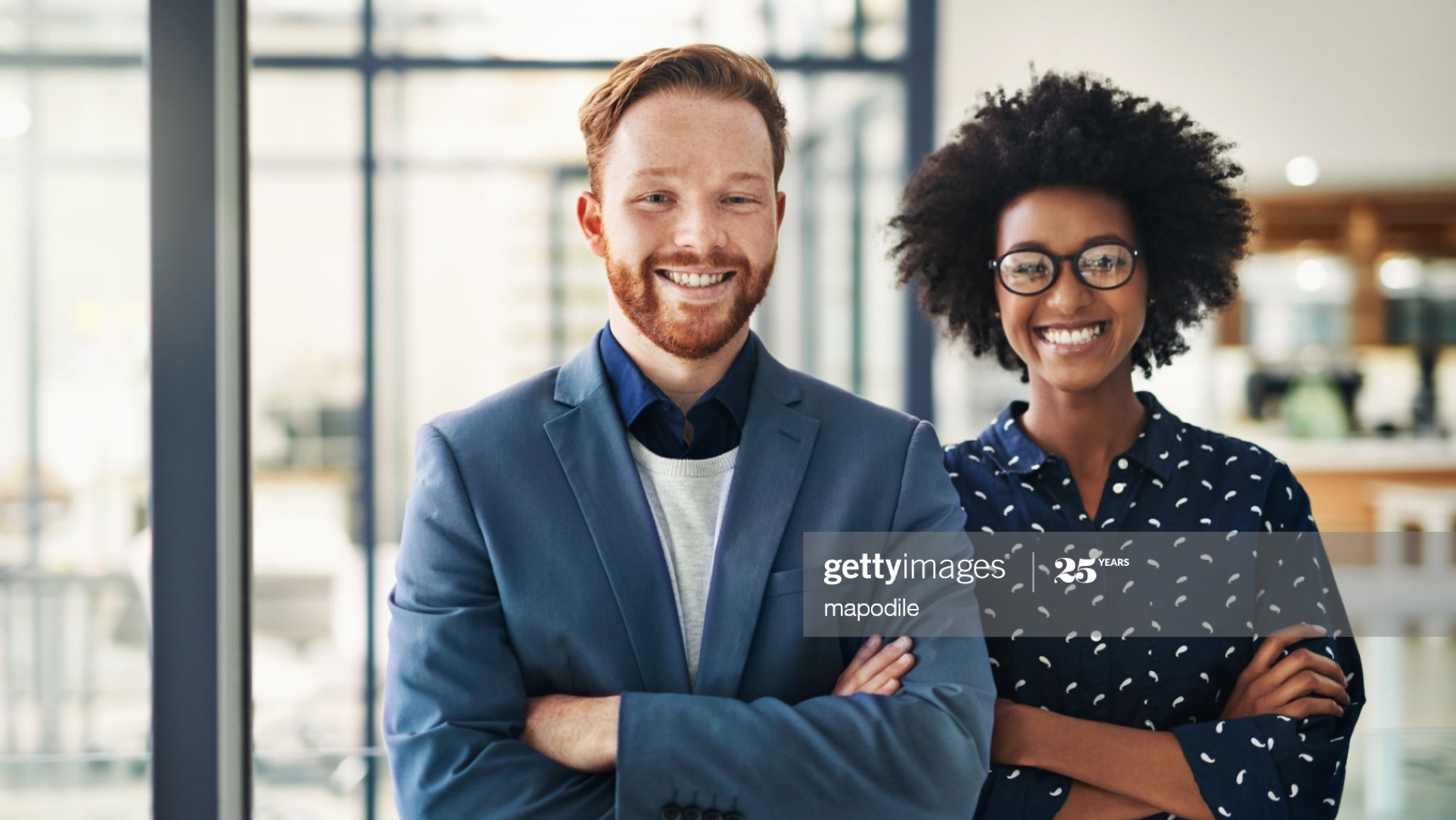 From finance to fashion, THE ICONIC’s COO Anna Lee CA has shown she is the master of...